7 Stories That Prove The Importance of Teamwork

TEAMWORK SKILLS are important in every field of business. A good team enables you to be productive both as a group and as an individual. Today’s teams are different from the teams of the past. They’re more dispersed, digital, and diverse. But while collectives face new challenges, their success still depends on a core set of fundamentals that make a team a good team.

Storytelling can be a driver of employee performance, making them feel, think, and respond like the characters in the story.

Here are seven inspirational stories emphasizing the importance of teamwork – in the workplace or personal life.

1. AFTER YEARS OF INTENSIVE ANALYSIS, GOOGLE DISCOVERS THE KEY TO GOOD TEAMWORK

In the last decade, Google has spent millions of dollars on measuring nearly every aspect of its employees’ lives – from which traits the best managers share to how often particular people eat together. The tech giant was determined to find out how to compile ‘the perfect team’.

The company’s executives worked hard on finding the perfect mix of individuals necessary to form a stellar team. They believed that building good teams meant combining the best people. But it wasn’t that simple. In 2012 Google ran a project known as Project Aristotle. It took several years and included interviews with hundreds of employees. They analysed data about the people on more than 100 active teams at the company.

“We looked at 180 teams from all over the company. We had lots of data, but there was nothing showing that a mix of specific personality types or skills or backgrounds made any difference. The ‘who’ part of the equation didn’t seem to matter.’’ – Abeer Dubey, a manager in Google’s People Analytics division

Google’s intense data collection led to the same conclusions that good managers have always known: In the best teams, members show sensitivity, and most importantly, listen to one another.

Matt Sakaguchi, a midlevel manager at Google, was keen to put Project Aristotle’s findings into practice. He took his team off-site to open up about his cancer diagnosis. Although initially silent, his colleagues then began sharing their own personal stories.

At the heart of Sakaguchi’s strategy, and Google’s findings is the concept of “psychological safety” – a shared belief that the team is safe for interpersonal risk-taking.

Google now describes psychological safety as the most important factor in building a successful team.

Google ended up highlighting what leaders in the business world have known for a while: the best teams are mindful that all members should contribute to the conversation equally, and respect one another’s emotions. It has less to do with who is in a team, and more with how the members interact with one another.

Steve Wynn, the founder of Wynn Resort & Casino, shared a story of his family’s vacation in Paris. They were staying at Four Seasons and had ordered breakfast in bed. His daughter only ate a half of a croissant, leaving the other half for later. Wynn and his family left to explore Paris, and upon returning to the hotel room, the pastry was gone. His daughter was disappointed, assuming the housekeeping had got rid of it.

On the telephone, there was a message from the front desk. They said that housekeeping had removed the half croissant from the room, assuming that upon arrival, they would prefer a fresh pastry. So the front desk contacted the kitchen to set aside a croissant, and room service was informed that upon request, they would need to deliver the pastry.

The level of teamwork and communication between different departments in the hotel was simply magical. All participants understood the end result – customer satisfaction. And everyone accepted their role in making the experience fantastic.

It shows that in order to achieve satisfaction on different levels within the organisation, employees should be empowered to be creative, intuitive, thorough, and generous.

In 1986, shortly after he was forced out of Apple, Steve Jobs bought a small computer manufacturer named (drumroll) Pixar.

In 2000, he relocated the company to an abandoned Del Monte canning factory. The original plan called for three buildings, with separate offices for computer scientists, animators, and the Pixar executives. Jobs immediately scrapped it. Instead of three buildings, there was going to be a single vast space, with an atrium at its centre.

“The philosophy behind this design is that it’s good to put the most important function at the heart of the building. Well, what’s our most important function? It’s the interaction of our employees. That’s why Steve put a big empty space there. He wanted to create an open area for people to always be talking to each other.” – Ed Catmull, the president of Pixar.

But for Jobs, it was not just about creating a space: he needed to make people go there. The primary challenge for Pixar, as he saw it, was getting its different cultures to work together and collaborate.

Jobs saw the separated offices as a design problem. He began with shifting the mailboxes to the atrium. He then moved the meeting rooms, the cafeteria, the coffee bar, and the gift shop to the centre of the building.

Brad Bird, the director of “The Incredibles” and “Ratatouille,” said, “The atrium initially might seem like a waste of space. But Steve realised that when people run into each other when they make eye contact, things happen.” Even if it came at the expense of convenience, the emphasis on consilience has always been a defining trait of Steve Jobs. Jobs insisted that the best creations occurred when people from disparate fields were connected, especially in an age of intellectual fragmentation.

The Latin crest of Pixar University says it all: Alienus Non-Diutius. Alone no longer.

4. A ROLLING STONE GATHERS NO MOSS

Mick Jagger, Charlie Watts, Keith Richards, and Ronnie Wood – The Rolling Stones – have played together for more than 50 years. However, they still recognise the importance of practising together.

They understand that for excellence to become a habit, you need to define a shared approach to working together. You need to practise it over and over until it becomes second nature.

Before every tour, the band typically commits two months to rehearsing. They appreciate the opportunity to reconnect with their collective rhythm. The practice enables the band to perform with almost telepathic communication.

Richards says that he knows exactly what’s happening by simply watching Watts’ left hand. If the tempo ever drags, one glance from Richards to Wood speaks volumes. Together they will then step up the pace.

The Stones’ success comes from each member having a distinctive yet complementary role. Richards is their spiritual leader, Watts the band’s backbone, Wood the mediator, and Jagger is in control of everything he can be – a chief executive in many ways.

Each of the band’s members is a talent in his own right, but it is the chemistry the band has on each of them that works best. Being part of the Rolling Stones remains the best way for each member to achieve their individual goals. The best teams are those who combine individual drive with understanding the importance and power of the team.

This is the secret to becoming an excellent team: There is no substitute for the ongoing commitment and deliberate practice required to build better teams.

A clear and motivating purpose is essential to attracting the right talent.

During the devastating Haiti earthquake of January 2010, the British Red Cross immediately went into action. They gathered thousands of workers, from volunteers to frontline disaster specialists, who would be mobilised into a community of purpose. The common factor among those people: they did great work, and they did it together. It didn’t matter whether they were on the ground in Haiti or at charity shops across the high streets of the UK. For most teams, there won’t be such an innate crisis to respond to, but there should still always be a sense of meaning in their work. For a team’s purpose to be potent, it needs to be compelling to its members. You need to inspire your team, connect the team’s work to an exciting, meaningful outcome, with a result that everyone finds personally worthwhile.

6. ONE IS BETTER THAN ONE

Marvel’s The Avengers, featuring Iron Man, Captain America, the Hulk, and Thor is not just inspiring for comics fans. There’s a huge lesson about teamwork you might not have paid attention to. Not just teamwork – but the value of teams themselves.

The hard part is making those five individuals put their egos aside, trust each other, and act as a team. Captain America and Iron Man have a pretty different view of the world, and compromise doesn’t come easy. But they respect and trust one another despite their disagreements, and they can see the value the other brings to the table. The abandonment of ego is what allows you to become part of a whole that is greater than the sum of its parts.

When you’re part of a team, a truly cohesive unit that functions with a single purpose, you can accomplish wonders.

This last story proving the importance of teamwork is about a US jet fighter pilot in Vietnam – Charles Plumb. He had completed 75 combat missions when he was shot down. Plumb was ejected and parachuted into enemy hands, where he spent six years in a Vietnamese prison.

One day, a man came up to him and said, “You’re Plumb! You flew jet fighters in Vietnam from the aircraft carrier Kitty Hawk. You were shot down!”

Plumb was confused and asked how the man knew about that. “I packed your parachute,” the man replied.

The man then shook his hand and said, “I guess it worked!” Plumb assured him it had and said, “If your chute hadn’t worked, I wouldn’t be here today.”

Plumb thought a lot about that man who held the fate of someone he did not even know, in his hands. He kept pondering how many times he might have seen the guy, and not even said anything because he was a fighter pilot and the stranger was just a sailor.” 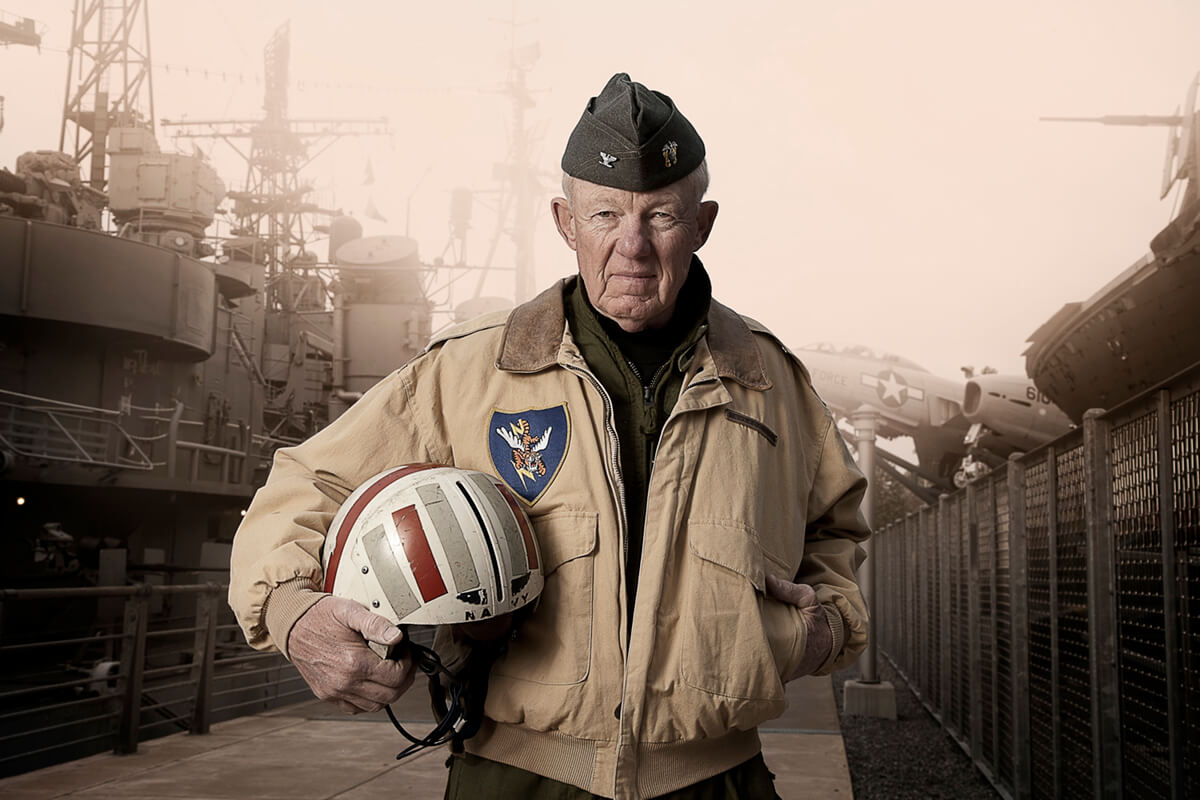 Charles Plumb is now a motivational speaker telling this story to hundreds. After telling it, he always asks his audiences, “Who’s packing your parachute?”

In our life, be it personal or work related, many people have a hand in our parachutes. Are you taking the time to acknowledge, thank, and reward them? It is very easy to overlook the work of many. It takes a lot of people to create a team.

Although teams are facing an increasingly complicated set of challenges, it’s the essentials that set the tone for successful teamwork – trust, collaboration, hard work, appreciation, purpose, agility, and creativity.

Modern teams are vulnerable to a corrosive problem – the “us versus them” thinking. Overcoming this requires a critical condition: a shared mindset.

Hopefully, these stories inspired you and helped to see teamwork from a new angle. Share them with your team, and learn from these lessons together.